Orange County is known for many things, but local beer has given OC a new claim to fame. A rapid rise of craft breweries has surged all throughout the county – but especially in Anaheim. Anaheim, once known almost exclusively as the home of Disneyland, has become a “Disneyland of Beer”. A Willy-Wonka-esque magic kingdom where adults have all the fun. Through a combination of commitment from the city to ease the process of getting up-and-brewing (the city government, led by Mayor Tom Tait, has streamlined the process of starting a brewery to the point where a conditional use permit is unnecessary), and an influx of capital (both economic and intellectual), the city has become a hotbed (or maybe an ‘incubator brewery’?) for those seeking to set their claim to the world of malt and hops. So where did we start? 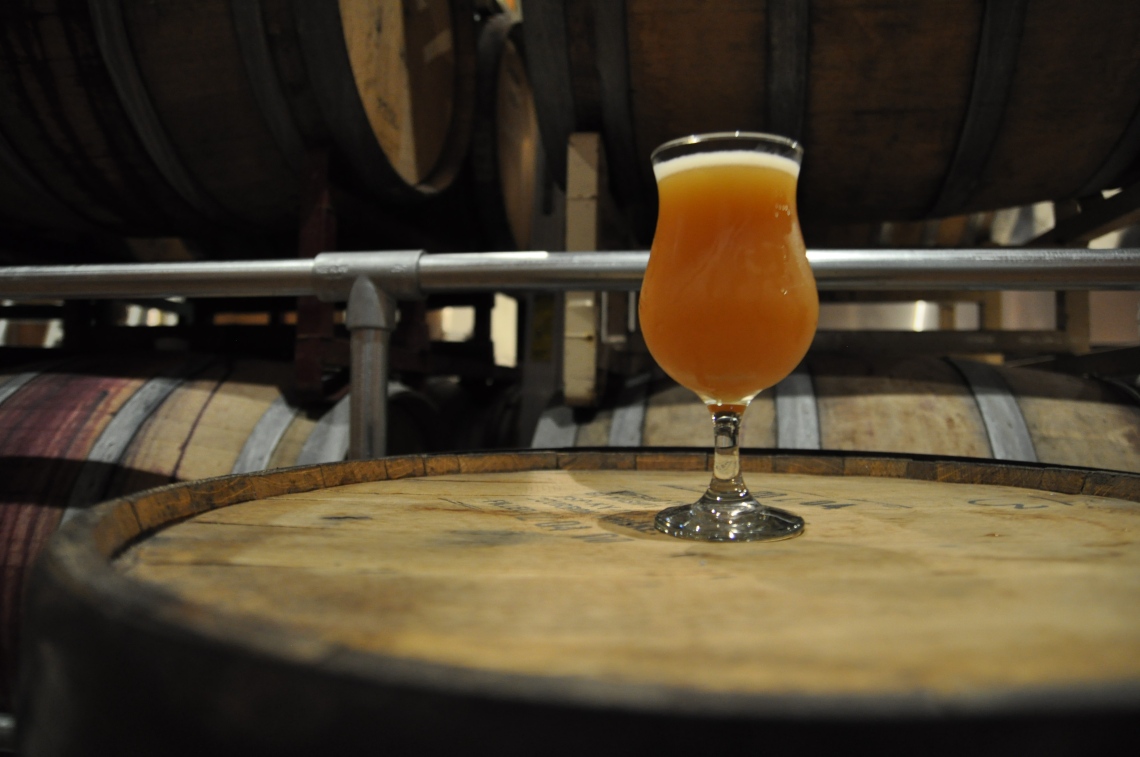 It hasn’t always been easy. We had The Bruery in Placentia, which, shortly after its 2008 opening. established a national reputation – particularly for it’s elusive Bourbon barrel aged stout, Black Tuesday. It may not have been the first BBA stout – it’s certainly been a style that’s lived a long time in the underground – but the Bruery managed to hit a home run. Well, at least enough of one to leave the beer at the top spot for all ales on BeerAdvocate.com. Local brewpubs, such as TAPS Fish House & Brewery (Brea, CA) and Tustin Brewing Co. (Tustin, CA), turned out not only respectable world class beer, but major bling (Beer Cup & GABF Medals) to go along with it.

Over the last decade sunny San Diego has become one of the nation’s craft beer Utopia’s – Los Angeles #LABeer has ramped up its craft-beer productivity, while #OCBeer makers operate under local regulations that, they say, make it difficult for an emergent OC beer scene movement to take off. We’re not there just yet.

The Tale of Remy’s Pappy

Manns’s predecessor at TAPS, brewmaster Victor Novak (Golden Road Brewing Co.), discovered a couple of years ago just how bound and determined Orange County’s beer aficionados could be, when they released their own take on a BBA Imperial Russian Stout.

In fall of October of 2016, I was lucky enough to indulge on TAPS GABF (Great American Beer Festival) gold medal winner ‘Silent Warrior’ at a fabulous beer pairing beer dinner. I like a challenge – I like this beer daring me to describe the indescribable. It’s full of contradictions – sweet and savory, dense and smooth, pungent and succulent. Layers of flavor dress the palate. It’s sticky, sweet; it’s a taffy of flavor; it’s a bubblegum-esque syrupy heaven of sweet-on-savory-on-bitter-on-sweet (and so on/and so forth). -All of this thanks to a lot of TLC – This beautiful American Strong Ale was aged in Woodford Reserve barrels and brewed with locally sourced dates and figs by world class brew team Kyle Manns, David Huls & Jonathan Chiusano.

This limited bottle release should be premiering early in 2017 in Brea! 100% of the proceeds will go to LZ-Grace Warrior Retreat Foundation, a post-deployment retreat in Virginia Beach for Special Operations Forces from all branches of the military. With acclaimed Cicerones and beer snobs everywhere in OC, there will certainly be opinions about this beer – but all in the beer community can truly appreciate the work that TAPS is doing. They believe in giving back, and know they can – they have the medals to prove it. 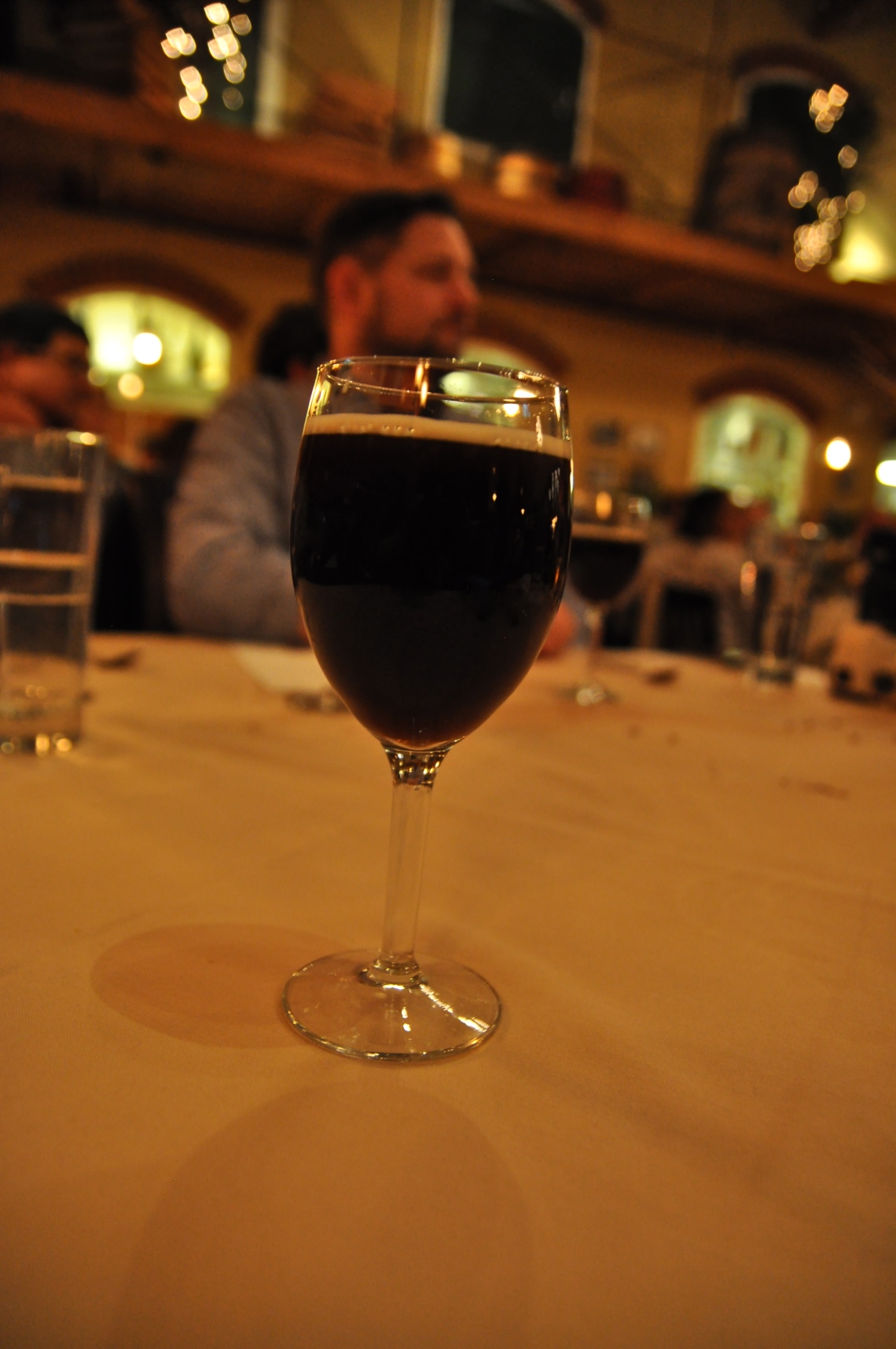 It’s no surprise that devout craft beer fans have strong opinions – if you aren’t convinced of this, just spend some time and skim through Untappd or beer forums, and you’ll quickly see what I mean. But the beauty of a growing market is that it creates a space for everyone to sit down and enjoy a beer in the way they see fit.

Tustin Brewing Company. Maybe you like the feel of a classic beer hall, accompanied by an endless array of televisions with every game (and every sport) you could ever want to watch – a place built by and for locals, where everyone is a local – and where you can be one too, if you commit the time. If that sounds like your beer hall, then you’re certainly a fan of Tustin Brewing Company. Grab a mug of Old Town IPA, belly up to the bar, and waste away the day. Head brewer Jerrod Larsen is also constantly tinkering with new hop bills as well as cask formulations, so TBC (as it’s known to the locals) is always worth a stop when you’re in the area – and even when you’re not.

TAPS. Maybe something a little more diverse in terms of the crowd – see something new, taste something different, and stop in for a leisurely but limited meal. Please don’t take limited as a negative – you can only drink so much of the TAPS lineup unless you have a ride home lined up. At Taps, there’s always a friendly waitstaff and a friendlier tap list. Friendly and new – the brewers pride themselves not only on seasonal variation, but also on well-founded experimentation. Not a place you could ever become bored with – not with beers like the recent special, Mass Hive. Head Brewer Jonathan Chiusano expanded on this specialty brew:

“Mass Hive was a collaborative effort between brew crew: Kyle Manns, Jonathan and David Huls We wanted to do a honey DIPA, but make it more fruit forward to accommodate the floral characteristics of the orange blossom honey. I chose The front runner of a hop as Mosaic, known for its berry and papaya characteristics. The Amarillo and Galaxy blend give a resinous and citrus peel component to the flavor and aroma.

Not only does the honey give the floral, fresh orange blossom character, it also rounds out the beer as a whole. The honey is 100% fermented out , so there is no residual sweetness, only flavor. The three of us love our IPAs dry as a bone, with very little crystal malt character, so brewing with honey in a DIPA was definitely a unique and exciting experiment for us. Ensuring the honey was well-harmonized with the hop bill was key.”

Massey’s honey is definitely of top-tier quality, and we believe it shows itself well in the beer. Drinks at 8.2% abv – yet nary a trace of alcohol.

In the next issue we will continue to look at the craft beer scene in Orange County by introducing Placentia’s newest brewery Stereo Brewing, a hop hub inspired by music, Good Beer Company, a rustic brewery in Downtown Santa Ana that specializes in sought out wild beer and Unsung Brewing, a unique spot inspired by everyday heroic deeds.

Donald on Dining in and Out.

welcome to my blog