From the founders of the always-satisfying beverage spot, Horchateria, comes a one-of-a-kind donut shop that speaks to my inner 90’s kid. Walking into Donas transported me a more simple time – a time when endlessly listening to Spice Girls while indulging on a whole box of Fruity Pebbles was the norm. A time, long missed, when instead of endlessly looking down at your cell phone, your time would be spent playing with your Tamagotchi.

Independently owned and operated with Mexican roots, Donas caters to those who love Mexican inspired sweets and Raza culture. Each of these delectable donuts bring creativity and a unique sensibility to the table – all in service of their local Downey community. 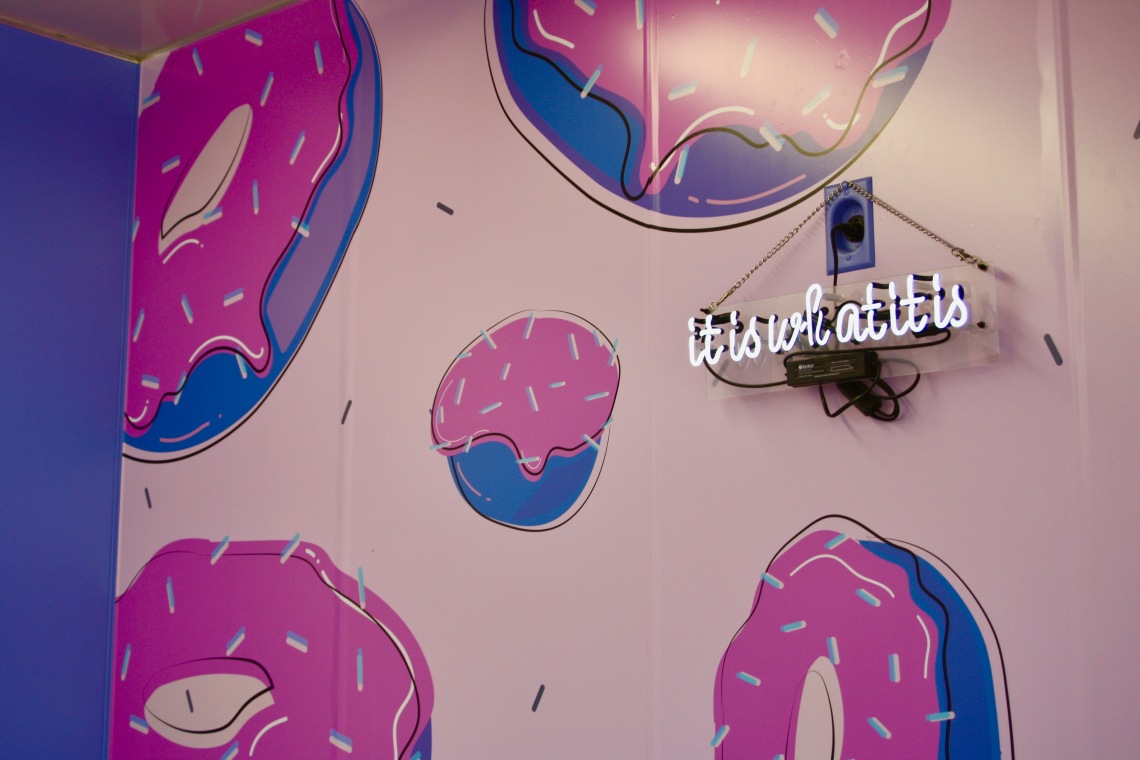 This donut, garnished with lavender glaze and edible glitter, embodies one of the last Selena performances from 23 years ago. While Selena Quintanilla flawlessly wore a glittery purple while performing on stage at the Huston Astrodome in Texas, this gorgeous donut wears a shimmering purple glaze in tribute to that iconic dress. This donut is perfect for the Latinx out there who love lavender!

Todos of those colorful Abuletias would be immensely proud of this donut. A moist donut serves as the perfect base for rich chocolatey perfection. Make sure to pair this rich nostalgic treat with a hot cup of Ibbara Mexican Chocolate. 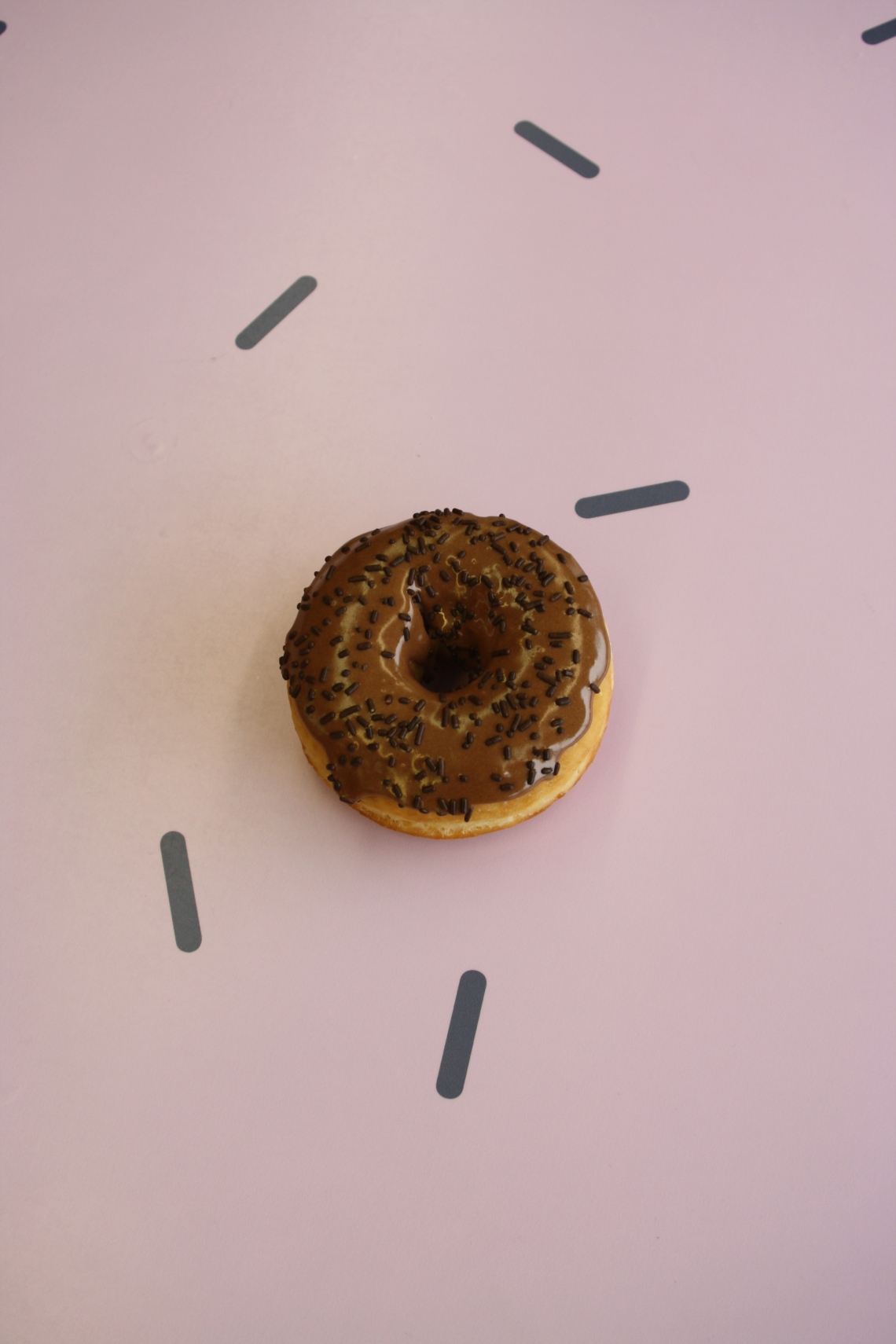 Move over maple bacon donuts there’s a new savory sweet donuts in town! Believe it or not, Donus is serving a Chiccaron donut – the base of the donuts is perfectly moist with crispy, salty and fatty chicarron crumbles. Of the trifecta of donuts from this tasting, I can say this one is my favorite. For all of you who love salty tasty pig parts – this donut was made for you. 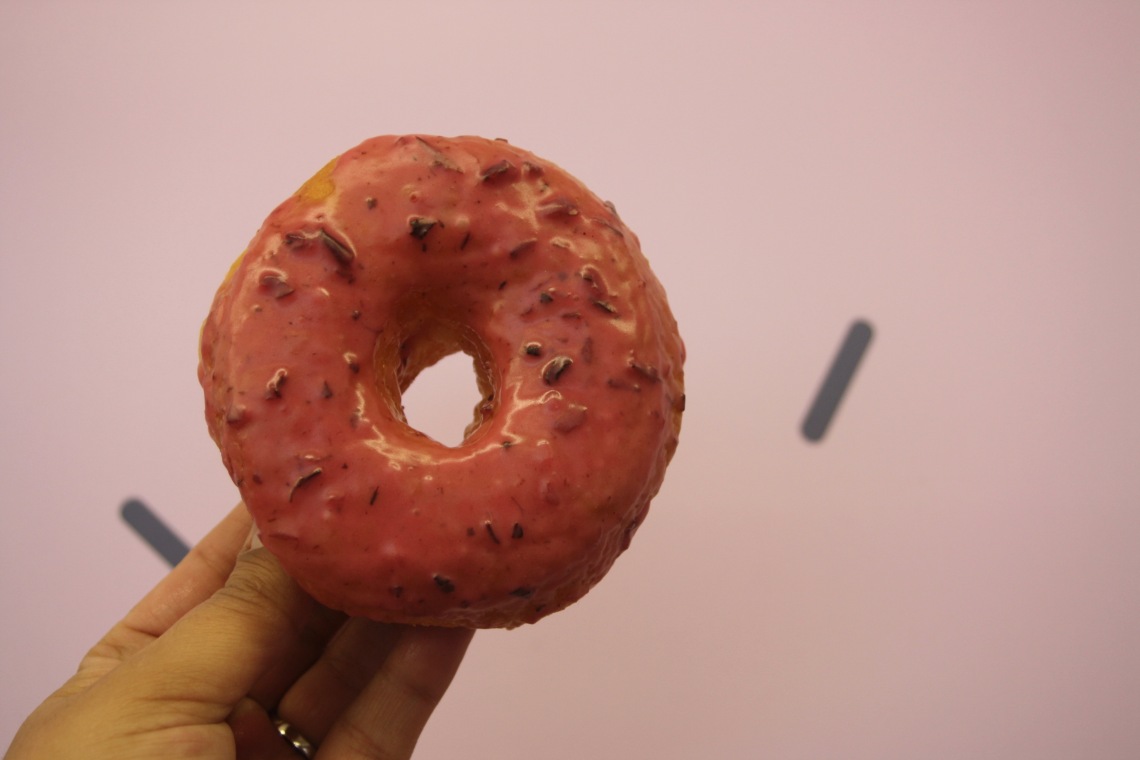 Donald on Dining in and Out.

welcome to my blog